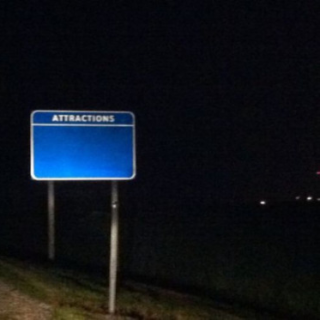 hi, i'm alexa!!! just an average girl doing the best i can while making the most out life while i'm here. lol. thanks for stopping by!

i’m starting a new series on my youtube channel and i’m so excited! check it out at the link in my bio 🙃
nerw vlog, link is in my bio !!! lol
i’m actually proud of this artwork i created 😭
MOOD for 2020. ✌🏻& 💗 to myself. i’m gonna stop listening to the negative ass bitch inside my brain telling me to play it safe and that i’m not good enough. and although I may not have gotten rid of her completely i’m learning to tune her the f out! lol. 2020 is the year i’m just gonna go for it!!! i have so many dreams inside my heart and this year i’m going to put them in motion. this isn’t just because of the new decade although i won’t lie that helped push me along, lol. this also isn’t a sudden burst of motivation or inspiration it’s been a long, painful growth process over the past few years (or more) that i’ve delt with privately. it’s a permanent mind shift & lifestyle change that i will always have to work on. what is it about growing older that makes you so damn terrified of living the life you dream of? why is it we care so much about what other people think to the extent we will do what makes us miserable just to please others? why do we complicate life so much by not listening to our intuition? i still don’t have the answer but I’m so tired of that same old song replaying in my life and i’m changing the damn station. lol. anyway. i will leave you with words that continue to repeat in my head from a jim carrey speech that i listened to over probably more than four years ago. “you can fail at what you don’t want, so you might as well take a chance on doing what you love.” i don’t even know what this post is, but i just felt like putting this out there. welcome to my ted talk i guess, lol. wishing you all the best year yet !!! 🤪
new video, link is in my ig bio 💛
um send help lol. i decided to use my face as a canvas for some creative fun and this is what happened. i guess this is what friday night looks like at 25 🤪

Traveled out of the country

Went horse back riding on the beach

Visited a to a nude beach  (yes, it was weird lolll)

Took a self defense class

Been to 26 US States

Made a snow angel

Enjoyed an alcoholic beverage on a rooftop bar

Donated $ to a cause I care about

Volunteered for a cause I care about

Been to an NFL Football Game

Been to a MLB Baseball Game

Had a New Years Eve kiss

Took Pictures in a photo booth

Got a tattoo x2

Paid for a strangers Starbucks order

Walked across The Golden Gate Bridge

Went to a drive in movie theater

Donated blood (to get out of class in high school lolll)

Went to a wax museum

Got a henna tattoo

Had a palm reading

Gambled in Las Vegas (lost it all baby, the $20 I spent lolll)

Ate at a food truck

Haggled at a market

Pulled an all nighter

Won A prize off a radio Show

Tipped the Server 100% of the bill amount

Kiss in the rain

Flew in a helicopter

Flew in an airplane

Rode on a jetski

Rode in a cable car

Went tubing down a river

Went stargazing in the mountains

Went on a spontaneous road trip

Booked a flight to a random destination the week of

Went on a ferris wheel

Fell in love (still am lol)

Had a professional photo shoot with my spouse

Climbed to the top of a lighthouse

Cleaned up all the garbage in my neighborhood

Reconnected with an old friend

Saw the Statue of Liberty

Picked fruit from a U-pick farm

Visited the Gum Wall in Seattle

Visited the original Starbucks in Seattle

Went up in the Space Needle

Relaxed in a hammock

Visited the Hollywood walk of fame

Got my drivers license

Had a romantic dinner on the beach

Ran through a sprinkler in summertime

Walked through a field of Sunflowers

Had braces (fuck my life lollll that sucked)

Made smores over a campfire

Danced to live country music in a Texas dive bar

Witnessed the birth of a child

Listened to my grandparents life stories

Stayed in a cabin in the woods for a weekend

Got a professional massage

Had a snowball fight

Took a self defense class

Camped on the beach

Rode on a motorcycle

hi, i'm alexa!!! just an average girl doing the best i can while making the most out life while i'm here. lol. thanks for stopping by! View all posts by alexa golesch